I’m down to less than three weeks ’til it’s home time! I’ve got three exams next week, four exams the week after and then I’ll be on a plane back to Edinburgh, ready to be welcomed at the airport just like in a Christmas film (I’m thinking more Love Actually than Christmas with the Kranks, s’il vous plait!).   I’m so so excited.  I’ve got to the stage where I’m missing stuff from home that I didn’t even anticipate… I knew that life without easy access to Heinz baked beans or Cadburys chocolate would be a learning curve and with mental preparation I’ve managed along just fine, but recently I’ve been getting really nostalgic about hills- I just want to see a proper hill again.  I also really miss Boots, because there’s no equivalent here and the toiletries and cosmetics aisle in Carrefour just really isn’t the same.

Getting on with what I’ve been up to, from the title you’ll be able to see that I’ve been to Brussels!  Sasha, Katherine and I took the Megabus there last weekend.  For me it was actually like being taken on holiday; Katherine booked the bus, Sasha booked the hostel, I just had to turn up!  There were no issues with the bus and the four and a half hours passed very quickly.  We drove through loads of fields and I think we even saw cows, which in my current state of ‘I miss nature’ were a welcome sight!

I didn’t really know what to expect, but I’m pleased to report that I had a fab time.  I think Brussels and Belgium have a bit of a boring reputation but I really liked the city and I’m definitely keen to see more of Belgium.  It was quite laid back, the people were friendly, and I loved the mix of French and Dutch influences.

We arrived at the hostel just as a free walking tour was starting, so we joined on.  Best decision.  The guide was really chatty and informative without making it feel like a school trip.  He showed us round the main sites and gave us all the important info, like where to buy the best fries and the cheapest waffles!  The company was called Viva Brussels and if you’re visiting I’d definitely recommend them: http://www.vivabrussels.com/#!the-tour-free-tour-of-brussels/calr 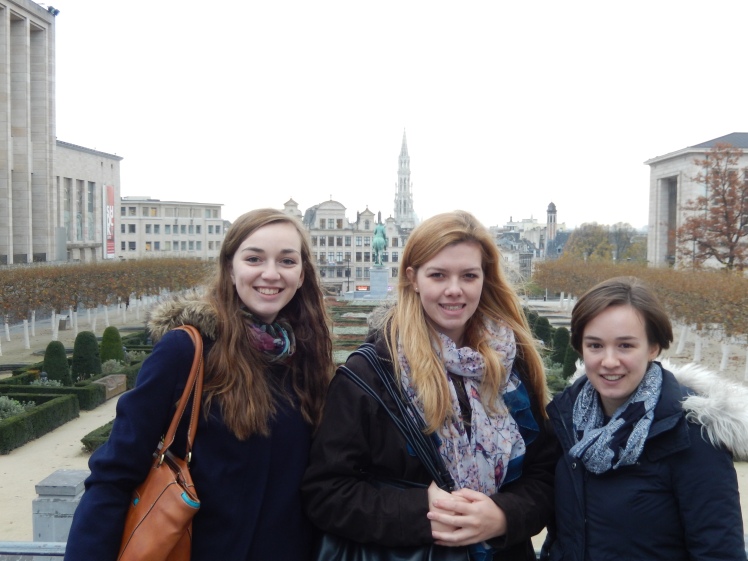 After the tour we had some Belgian fries, which are the best form of potatoes I have ever tasted and totally live up to the hype.  You’re supposed to have them with mayonnaise like the Belgians do, but euh… To be honest we had a bit of an eat-a-thon there, what with the fries and the waffles and the fries and the waffles!  And oh my goodness, speculoos.  Speculoos seems to be the Belgians’ favourite thing and my new favourite thing.  It’s a kind of spicy biscuit, you can get them at home, they’re called Lotus biscuits.  They also do a spread, which is kind of the consistency of Nutella but thicker, and I’m sure you can eat it with anything and it will make it taste better.  I now have two jars (just in case G20 runs out) and last night I ate it  while I watched Scandal over Skype with Craig.  Bliss.  Basically, Belgium beats France at food that isn’t bread.

We arrived just in time for the start of the Christmas celebrations in Brussels.  A big crowd was gathered in the Grand Place at 6pm, so naturally we joined.  There was carol singing, a few Miss Belgium finalists posed for photos, and then this happened.

I’m still not really sure what that was all about, but it’s not an accurate representation of Christmas in Brussels, which was beautiful.  The Christmas market was huge and a lot less commercialised than the one I’ve been to on the Champs-Elysées here in Paris.  And the lights were so pretty and sparkly, but I didn’t take many photos because by the time it got dark it was also too cold to take my gloves off, sorry!  But here we are with the Christmas tree in the Grand Place. 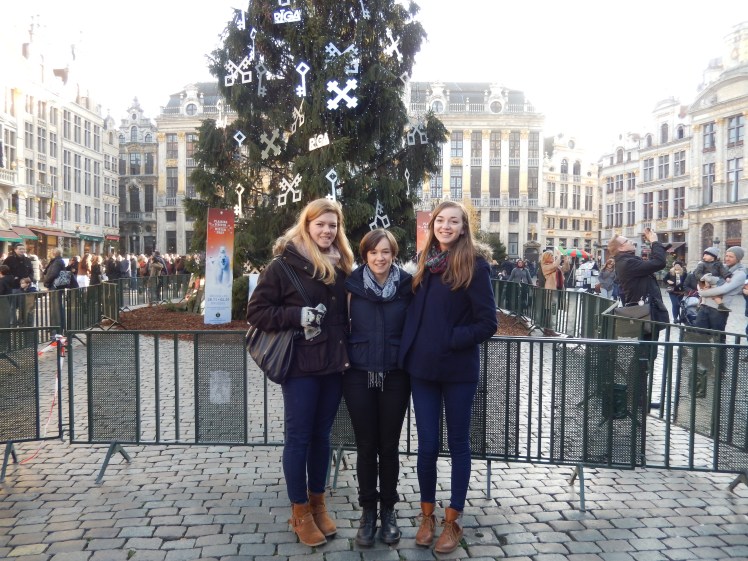 On the Saturday afternoon we visited Mini-Europe.  Basically, you walk through models of famous monuments and landmarks from the countries in the European Union, which are all 1/25 of the original size.  I’ll leave you to play guess the city! 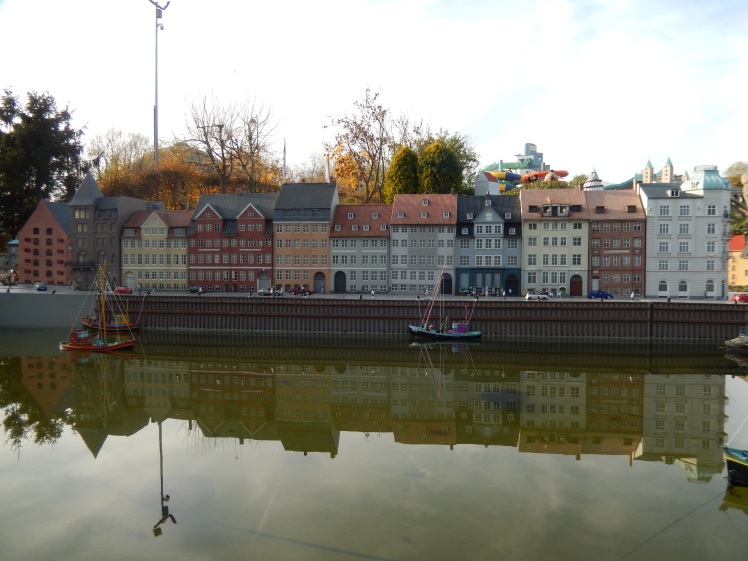 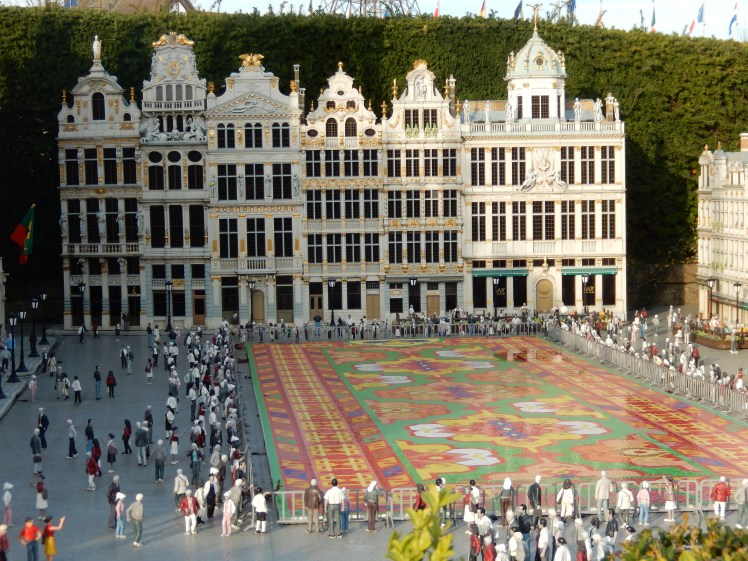 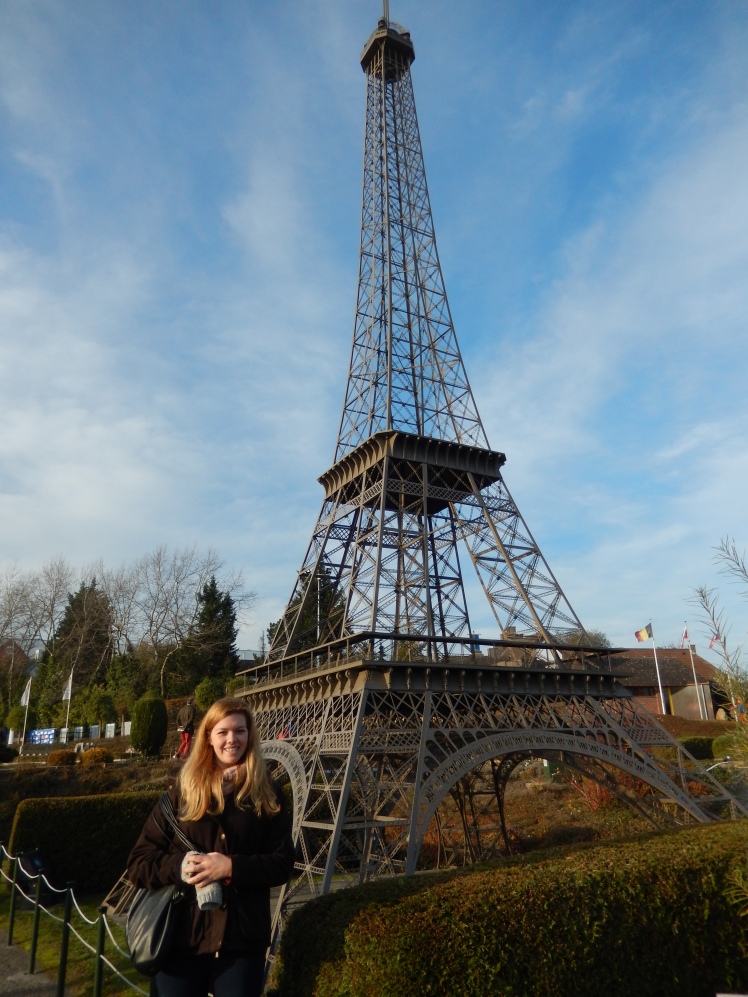 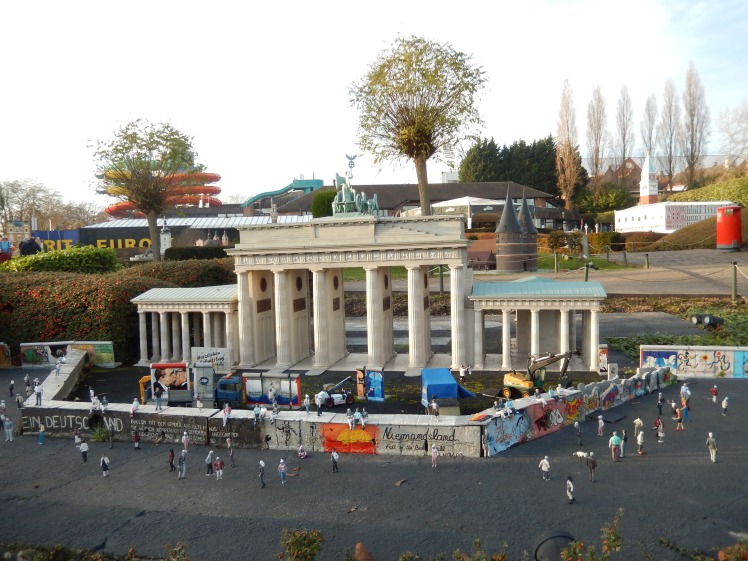 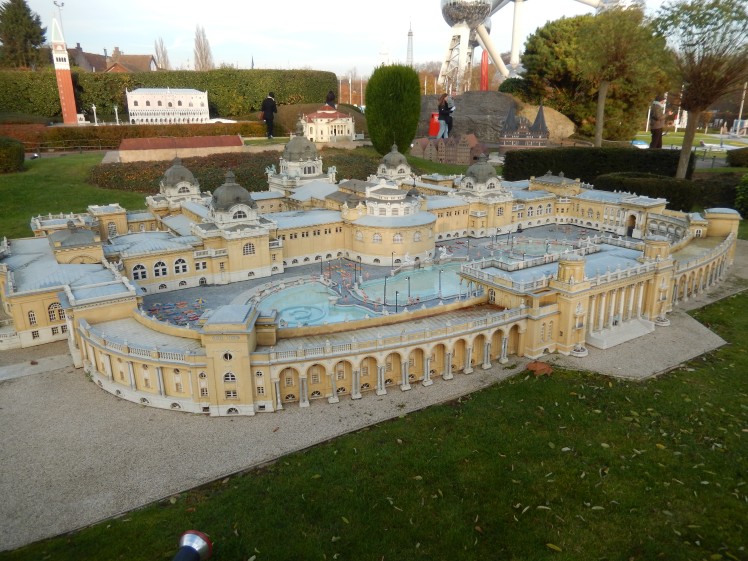 Mini Europe is right next to the Atomium, which was built for the 1958 World’s Fair.  You can go into five of the spheres, which are linked with escalators, and in the top one there’s a panoramic view over the city.  We bought a ‘Must of Brussels’ ticket for 19 euros, which gives you 10 coupons to use in tourist attractions.  I can’t remember which was 6 coupons and which was 4, but to do Mini Europe and the Atomium it’s 10 coupons, which is even better value than the student ticket! 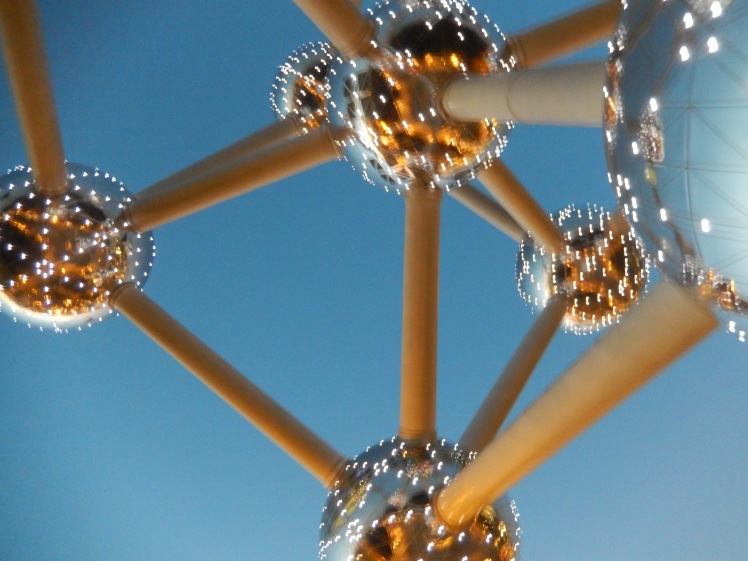 On the Sunday we visited the Parlamentarium, the visitors centre of the European Parliament.  It’s totally free, and you get a concise history of the countries in the European Union and the EU itself.  What I thought was really cool is that there are no signs to read in the exhibit; instead you’re given a personal multimedia guide (I googled that) which is set to the language of your choice, and you scan a key icon on each exhibit to get either an audio commentary, written text or a video.  It means all 24 languages of the European Union are included and available, pretty cool!

By 6pm we were back on the Megabus, after another waffle and portion of fries, bags made slightly heavier with chocolate purchases!  I lost count of how many chocolate shops we went into- they were just all so welcoming and had plenty of free samples!  I’ve since eaten most of the chocolate I bought there, but I’ve saved some truffles for Mum, Dad and Megan’s visit this weekend!